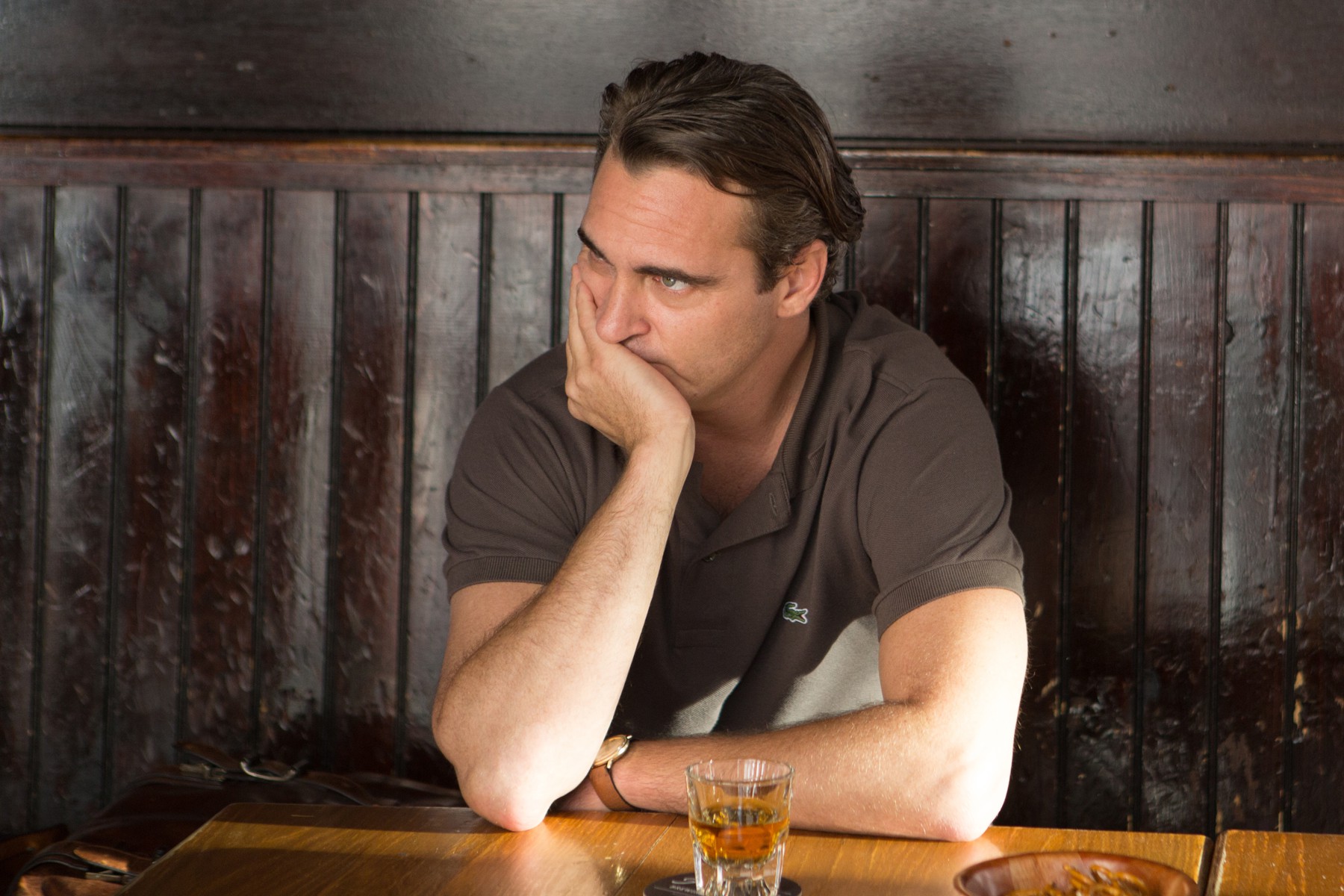 Are you threatening someone else’s stability in a Woody Allen film? If so: time to die.

To date, the greatest scene Woody Allen has ever filmed is roughly halfway into the triple-Oscar-winning Hannah and Her Sisters (1986). Fidgeting restlessly around the periphery of the main story, Allen’s character Mickey begins to suffer slight hearing loss, so he obviously decides he has a brain tumour. When his test results are finalised and his doctor informs him that he’s in perfectly good health, the scene cuts to show Mickey running and skipping along the street bearing a rare, wide smile, ecstatic and overjoyed at the news that he isn’t going to die. But then a sudden realisation dawns over him: a brain tumour may not kill him today, but that doesn’t change the fact that he will inevitably die anyway. He immediately returns to his old self, the existential cynic who once bought a library full of books on death for a girl he’d only just started seeing, and who joked that he wouldn’t want to be a part of any club that would have someone like him as a member.

Not only does this effectively summarise Allen’s signature comedic style – generating laughs by exploiting his own crippling anxieties – but it also highlights his tendency to lapse into the dark obsessions that, regardless of the distance between himself and his onscreen persona, does well to explain his occasional diversions from the genre that made him famous. Crimes and Misdemeanours (1989), which peppers his usual themes of infidelity and insecurity with a murder narrative, is thus less jarring than it might appear on paper; and in any case, Allen had already directed several outright dramatic films by that point, including Interiors (1978) and Another Woman (1988) (both were made in homage to Ingmar Bergman). Furthermore, while Martin Landau carries the first narrative as a renowned ophthalmologist wrestling with the guilt of arranging a hit, Allen himself appears in an essentially unrelated plotline for nothing other than comic relief. 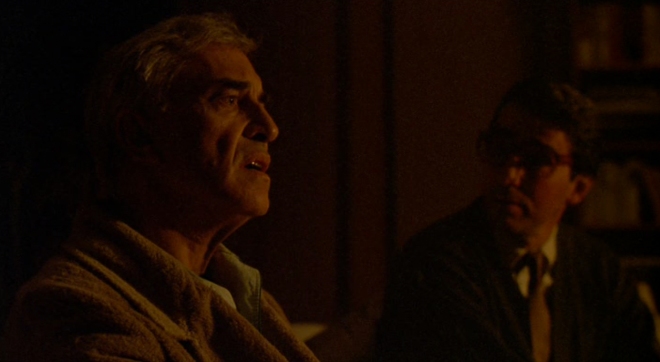 But the interesting thing about Crimes and Misdemeanours is not that it’s so dark in comparison with the rom-coms Allen had established his name with, but rather that he would frequently return to the same concept in years to come. The concept is itself derived from Crime and Punishment (1866), Fyodor Dostoyevsky’s exploration of the struggle to adjust oneself with having committed murder. Raskolnikov, the novel’s central character, is represented four times in Allen’s filmography: he’s played by Landau in Crimes, by Jonathan Rhys Meyers in Match Point (2005), by Colin Farrell and Ewan McGregor in Cassandra’s Dream (2007), and by Joaquin Phoenix in his latest film Irrational Man (2015).

Many remark that if you’ve seen one Woody Allen film, you’ve seen them all. That isn’t necessarily a bad thing, because it’s a generally consistent winning formula and also, having directed a feature film almost every year since 1975, there are enough variations on that formula to please whomever it may entice. Indeed, Crimes and Misdemeanours begins as Landau’s character Judah receives a letter from his lover, Dolores (Anjelica Huston), who is threatening to inform his wife of their affair. Sound familiar yet? Relationships are generally hodgepodges in Allen’s cinema, from the tenuous commitments in Annie Hall (1977) to the disastrous extra-marital experiments in Husbands and Wives (1992), via the girl swapping of Manhattan (1979) and even indecision between real and fictional characters in The Purple Rose of Cairo (1985). But even when things are at their weirdest, such as in Hannah and Her Sisters (which is just a mess in the love department), no one character had ever taken such extreme measures as Judah, whose motions to protect the stability of his marriage (and, more importantly, his image) involves wiping out the threat entirely.

But after arranging her assassination – and after plenty of consideration beforehand – morality begins to take a hold of Judah. Having started out with slapstick comedies such as Bananas (1971) and Sleeper (1973), Allen’s commitment to verisimilitude is as loose as his commitment to any of his onscreen lovers, as even his most adult films take place in a version of reality where every single person is flawlessly articulate. Crimes takes that one step further, as Allen goes full Bergman in Judah’s scenes of disturbed, horror-struck hallucinations that haunt him, Howard Beale-style, into the dead of night. Match Point goes even further than that, as Chris (Meyers) sees Nola (Scarlett Johansson) standing corpselike in his kitchen at midnight, days after he’s personally blasted her away with his father-in-law’s shotgun. As is the tradition with Allen’s murder ballads, Match Point sees him darkening his palette considerably; Nola’s misdemeanour was that she was in love with a married man, but her crime was that she was carrying his baby. Chris had already married into wealth, whereas Nola was merely a struggling actress unable to land gigs; obviously, she had to go.

Wealth is also a driving factor for Ian (McGregor), the pseudo-entrepreneur of Cassandra’s Dream hoping to woo his stunning theatre actress girlfriend Angela (Hayley Atwell) with plans to invest in Hollywood hotels. Hoping to borrow money from his rich uncle Howard (Tom Wilkinson) to set up shop, he finds there’s a catch; Howard is being threatened by a man named Martin Burns (Phil Davis), who is ready to inform the police of Howard’s dodgy dealings so, naturally, he also has to go. Dwelling in £90k of gambling debt, Ian’s brother Terry (Farrell) is complicit with this ploy in the interest of saving his legs from the loan sharks, until after the fact it’s revealed that his mental illness cannot bear the guilt of killing a perfectly nice and morally benign person. Becoming volatile, suicidal, and edging towards a police confession, Terry too becomes a threat to Ian and his uncle, who in turn begin to safeguard themselves by formulating a plan to sacrifice Terry in favour of their own stability. Here, Terry and Ian see the Raskolnikov figure split into two, an interesting move given that it personifies the angel-and-devil musings of Chris and Judah, which makes the drama more literal and real. 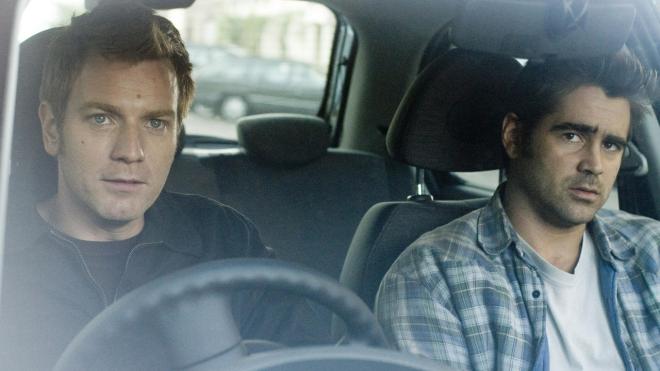 Where Crimes and Misdemeanours played safe by including a comedic side-plot to counteract its drama, Match Point veers from humour almost entirely, as does Cassandra’s Dream (mainly because it isn’t very good). But although he tends to use his skills as a comedian to complicate morally reprehensible characters by making them plausibly endearing, it’s striking that Allen manages to keep viewers caring about the lives and decisions of Chris and Judah without having them roll off his traditional witticisms, or by prizing them open in moments of altruistic vulnerability. Nevertheless, Cassandra’s Dream perhaps went too dark, as it lost all sense of vitality that could have saved it from Farrell and McGregor’s terrible acting. It’s entirely appropriate, then, that although Irrational Man is by some margin the most morally corrupted entry in this series yet, it’s somehow the most consistently upbeat. It isn’t a very funny film, in part because it features a depressed philosophy professor, Abe Lucas (Phoenix), murdering a judge purely to re-establish his lost lust for life. But a jovial piano jazz soundtrack accompanies these heinous activities, and the film also stars Emma Stone as Abe’s student and eventual girlfriend, an actress that cannot help but bring light into every scene in which she appears.

Abe flips the switch on the other lead characters in Allen’s Crime and Punishment thrillers in that he actively enjoys his act of transgression. He gets his kicks from the possibility of being caught, taunting his contemporaries with titbits of information that could potentially lead to the unravelling of his master plan. But in aspects peripheral to its central character, Irrational Man sees Allen concluding a full tonal arc between Crimes and Misdemeanours and this, which is perhaps his deftest balance of evil and comedy yet. The director may only offer slight variations on concept throughout his fifty-year filmography, but his murder ballads make for a small, slightly surreal subset of examples from the aged master of nebbish humour. All are worth checking out – except the borderline terrible Cassandra’s Dream, which is strictly for fans only – because they work almost in the same ways as his comedies, albeit with several of the major components retracted and replaced by plunges into significant darkness.