“Everything is ending, time to wake up”

And thus ended season two of the critically acclaimed True Detective. I grappled with the dilemma for a while, whether to include a piece about the HBO series on a predominantly film orientated blog; however, with the conclusion of the latest narrative, I had no doubt regarding its cinematic credentials. Both season one and seasons two are essentially 8 hour long individual pieces of cinema. When watched successively the episodes flow coherently and piece together to form a colossal network of ideas, tones and forces, each season with its own detailed philosophy and differentiating virtues. Undoubtedly there were detractors of the second season, viewers who found the narrative too frustrating or opaque, and there are certainly elements that are open to criticism, but would this season be judged differently had it not been preceded by, in my opinion, one of the finest pieces of American television from this past decade? Though season two certainly lacked the stylistic understanding of the first, there are still cascading moments, images and dialogue to endlessly evaluate, another system of beliefs to deduce and a different cast of characters to understand. The idea of the anthology series is to be considered as different from its varying reincarnations, but currently it seems that season two will struggle to cope with the weight of its past, crushed under the incredible scope of its prequel.

Rust Cohle, nihilist, observed that “Time is a flat circle” during the first era of the show – a claim that every event is simply a reiteration of a past event, that we as humans are doomed to repeat our mistakes and that the same patterns and systems will continue to operate, and produce the same results, for an infinite period of time. Season one was a void, a black hole which drained everything in its world of light and hope, its final shot even alludes a knowledge to this set of ethics when the camera pans up to the night sky and the miniscule stars are smothered by the unfathomable black. Season two was different; there was a strange sense of hope, the real chance and belief that something could go right and that those who deserved punishment, were to be dealt it in a manner that complemented their sins. If we consider Cohles words as prophetic, then this optimism was irresponsible all along. Was the artistry in season two of True Detective the notion that it made us forget the ideology of its past? An ideology that it so relentlessly instilled in us, that it subsequently punished our straying? 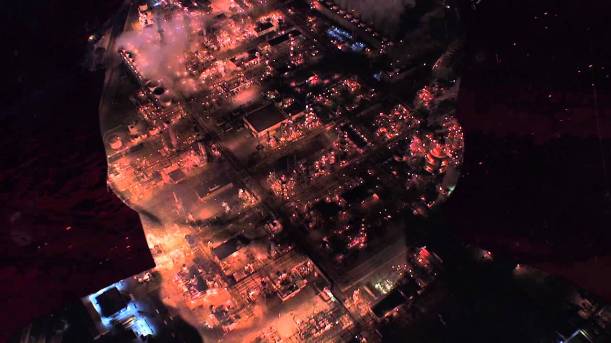 Season two did not make mistakes that had already been experienced, because there were simply not many established mistakes in the context of what came before it. Season one of true detective was seemingly an exquisite strike of lightning in a flawless crystal bottle. Wherever the esoteric script would briefly fumble a darkly insightful monologue, the elaborate visual contribution from Fukunaga would draw attention to itself, gifting time to the train of thought so that it could re-rail and barrel on. Reversely, where the direction, in a rare moment, became stale, the script would delve into another intricate concept and baffle its spectator with intense moral debates and verbose lectures in various doctrines. In a word it was harmony, a twisted, alien harmony that resulted in a contained universe full of compelling evils and tantalising wrath.

Instead, Season two initiated mistakes, most prominently the lack of a single creative vision.  Where its predecessor benefited from a consistent line of vision and an unwavering sense of the cinematic, season two insisted on dividing the payload between six different directors, all with their own principles and visions, eager to project their perspectives and convictions onto the images. Season two sometimes felt like it was journeying out into the wilderness without intention to return to logic and comprehendible conclusions, all of its many branches felt like they were stretching out at different angles, a detailed map drawn in six different languages and with 6 different legends.

However, season two has proved to be a vastly different beast from the monster that came before, a more savage, recognisable creature, closer to traditional detective portrayals in order to trap us in something of a comfortable environment, before filling the room with gas. Gone was the supernatural element, but there remained an omnipotent presence, one that followed the characters endlessly and threatened them constantly. The danger that S1 had condensed into a few select figures now coiled and flowed through an entire city – whole departments, buildings and blocks overflowing in a tide of corruption and hatred. It was something we had grown familiar to, masquerading in a different form. All of the principles of season one were still there, but they had been delivered in a completely different way, because now, and from now on, it will always be a completely different show.

Perhaps the best way to individualise these two divergent pieces of art is to not criticise, but instead praise. Season two specialised in set pieces, the bus shootout for example, was the pay off of the first half of the story, an elaborate scene in which we would see important characters shot in the head, and an in-depth insight into the traumatising nature of a fire fight. Also notable were the mansion party in which Bezzerides goes deep undercover to fully explore the heart of darkness, a feverish orgy in the midst of a drug trip with murder and molestation both explicitly and heavily referred to. Finally, the last episode – the various resolutions and conclusions all converging in an emotionally charged maze of closure, each character lent separate significance in order to explore what their respective closing actions mean and amount to.

Season one stretched an immense quality out over an eight hour run, but still punctuated it with majestic scenes of horror and carnage, whereas S2 concentrated its hysteria down and focused it severely on to specific and designated points.

An anthology in a literary sense collects sometimes contrasting poetry, or writing, in a single book, and stitches threads of concept and theory into the fabric that can be traced throughout the contents, a sometimes difficult to perceive or observe connection of meaning and substance. If we consider the two seasons alongside each other, they certainly have prominent differences in style, atmosphere, and quality, but they begin to sketch a circle which will establish itself further following a third, fourth and fifth season, and begin to outline the overall theme which will permeate through the remainder of its run.

On a personal level, I perceive season two as fantastic. As a singular, contained series of television, it is erudite, complex and brilliantly rewarding. Maybe with the conclusion of the narrative, and the promise not to return to the world within it, there will blossom an appreciation for its hidden intelligence. This iteration of True Detective is the only television show in recent memory able to: hide foreshadowing in a passing reference to Greek mythology, comprehensively punish its inherently heinous characters and yet still extract sympathy, and open up a box full of writhing unpleasantness, but still convince you to peek inside.

It is incredibly difficult not to consider the two seasons as one of the same, with their shared writer, ideology and principles, but in a sense it is redundant to try and resist this. If time is a flat circle then the characters, though separated by universes, dimensions, time and location, will make the same mistakes and contain the same flaws despite the apparent stylistic differences, changes in tone and perceived dips in quality. True Detective is certainly an anthology in the sense that this title will contain many disparate stories, but each will be linked and eventually exist as a fragment of a larger artefact. I have no knowledge of what shape these combined mechanisms will take, but perhaps, once the entire series completes itself and closes the circle, in retrospect and remembrance, Season two will form a key insight into True Detective’s universal philosophy.