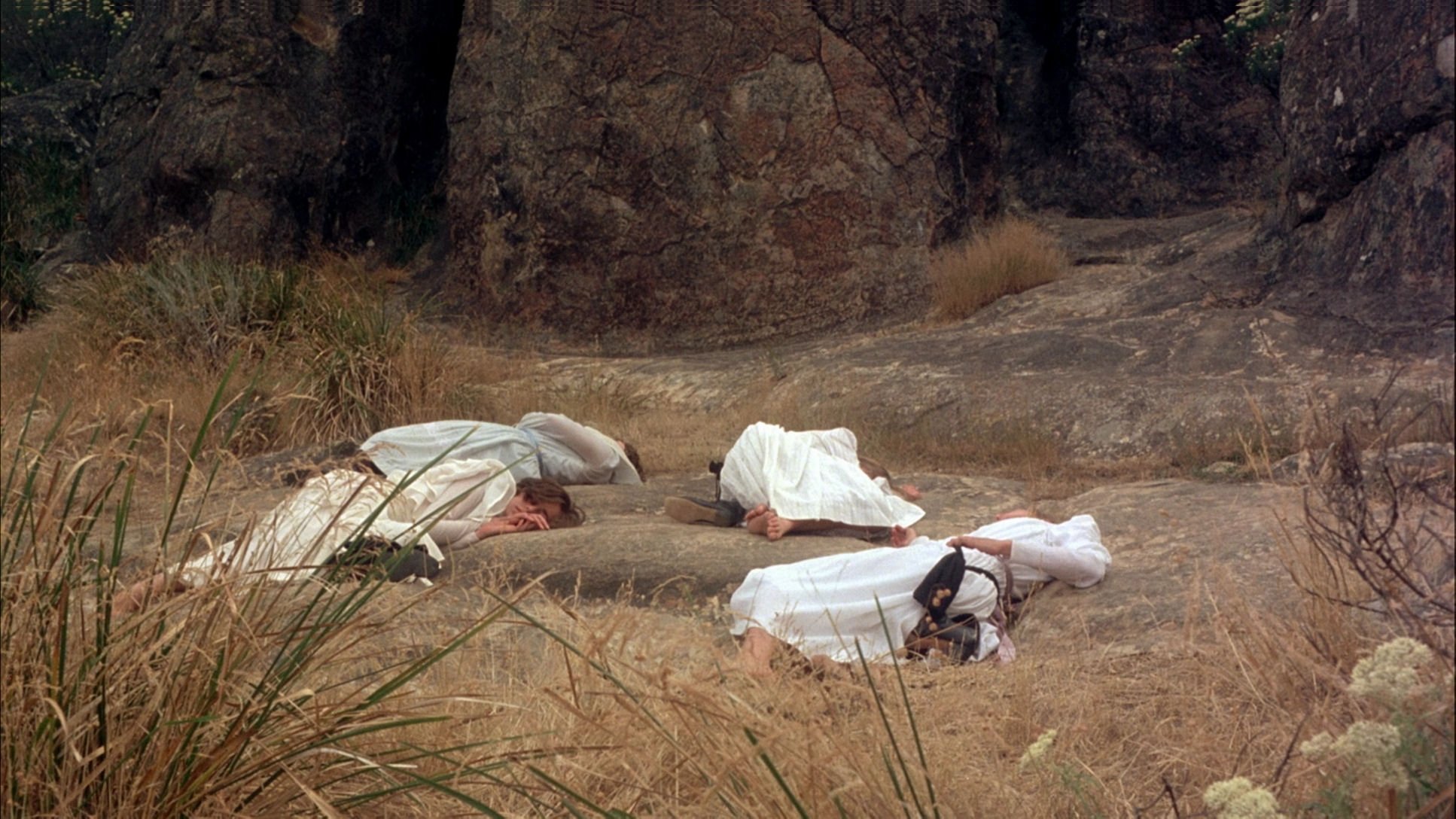 As Australian cinema saw a renaissance in the 1970s, several notable movies ventured into the outback and found tales of horror for strong-stomached viewers.

Taking over from the New Hollywood mavericks in the United States, the Australian New Wave and its subsidiary genre, Ozploitation, resuscitated a dead national cinema in the 1970s. With a much needed kick-start by initiatives from the Gorton and Whitlam governments, directors from Peter Weir to Ken Hannam to George Miller helped to put the Australian cinema on the map with movies that explored and exploited the local culture with a fresh, invigorated approach. This was the golden age, reaching its first major milestone when Mad Max (1979) roared into cinemas worldwide, becoming the most profitable movie at the U.S. box office up until that point.

But while everyone has at least an awareness about Australia’s formidable climate, it’s way more unforgiving than “Crocodile” Dundee (1986) will have you believe. Alice Springs ain’t Whitby, and there isn’t exactly an abundance of dilapidated old castles in the outback, but then again, there isn’t much of anything in the outback. As in, anything at all. A home away from home for migrants that were primarily white British, the country was for them a disorientating reversal of chilly old Blighty: the seasons are different, the outback bears little greenery, and especially beyond the bush, there is much that is grotesque, savage, and monstrous enough to fend off just about anyone.

So naturally, several filmmakers created stories in which the uninitiated (usually Brits) are exiled into this unheimlich wilderness, faced with human horror and tales of often harrowing transformations in their journey towards the sublime. Movies in this vein continued into the 21st century with well-known examples such as The Proposition and Wolf Creek (both 2005), and while both of those movies are certainly great, it’s always worth looking back to the origins of the style, which emerged concurrently with the Australian New Wave. Or, because some of these movies were made so early on in the 1970s renaissance, some may argue that these are some of the strongest reasons why the New Wave flourished in the first place. Either way, some of them are terrifying, others beautiful, and all explain why Aussie settlements are generally situated around the coast. That way, at least there are ways out.

Seeing as Australian Gothic movies tend to feature British characters struggling to cope with untamed Australia, it makes sense that the first major movie of its type was made by a British cinematographer-director. Fresh off the back of the mind-bending Performance (1970), Nicolas Roeg travelled to the world’s last frontier to adapt James Vance Marshall’s novel of the same name, in which two young siblings have to fend for themselves in the outback following a sour twist of fate. While Walkabout would appear to tackle the issue of colonialism head-on (a topic intrinsically linked to the Gothic in Australia), Roeg states that the film is in fact “a simple story […] addressing the most basic human themes: birth, death, mutability”.

It’s the latter aspect that makes Walkabout so gripping in the face of all its beauty. As the film’s cinematographer, Roeg works with editor Antony Gibbs to present the outback as truly otherworldly, fluently transforming it from a magnificent landscape to a deadly wasteland and back again in the tiny space in between cuts. What is originally a nice spot for a picnic switches seamlessly into a zone of abject terror, inspired by the heat or metaphysical factors that take hold of the mentalities of those involved. For the children, it takes a final flashback scene – and a wonderfully wistful glance – recounting the changes they’ve experienced for it to become apparent just how much the unfamiliar, occasionally monstrous Australian setting has transformed them too.

Walkabout establishes many of the tropes that persist in Australian Gothic films, and while it isn’t overtly supernatural as with Picnic at Hanging Rock (1975), it nevertheless illustrates the outback as a weird place full of weird spectacles. Roeg enhances this by opening the movie with disinterested shots of bustling, antiseptic Adelaide, and then by introducing an unidentified anxiety as soon as the children’s doomed father parks in an isolated location, somewhere out in the desert. With the frenetic editing that is common in Roeg’s films, Walkabout drifts into states of heightened emotion and reality, as characters navigate a sublime region that has the power to affect them externally or internally, and with no way to combat its deadly reach.

Considered lost for decades – which is appropriate given its protagonist’s inability to escape the outback town that draws him in – Wake in Fright is as merciless as a fever dream, and sets the tone for the more brutal outback movies that would come later. It follows a well-to-do school teacher named John Grant (Gary Bond), who stops off on his way to Sydney at a town called “The Yabba”, which is full of people who consider it “the best place in Australia”. John would disagree after becoming stranded there, having gambled all his money away and getting coerced into indulging the local pastimes: drinking, fighting and poaching kangaroos.

He becomes shaken by the booze and the sun (“We do get a few suicides… they reckon it’s the heat”), and starts to lose his wits altogether as he tries to maintain his British middle-class sensibilities in the face of The Yabba’s isolated, rough-hewn culture. In that, the movie never makes The Yabba’s citizens as grotesque as, say, The Proposition‘s Arthur Burns; they’re merely more in tune with mankind’s primal drives due to the town’s distance from modern civilisation, and the area is hostile only to those who try to uphold modern values. But as the ideal candidate, John falls into financial and moral poverty, enabling Wake in Fright‘s almost unbearable sense of malaise whereby the lines separating the homely and the uncanny appear to blur the more the protagonist is encouraged to see off yet another beer. 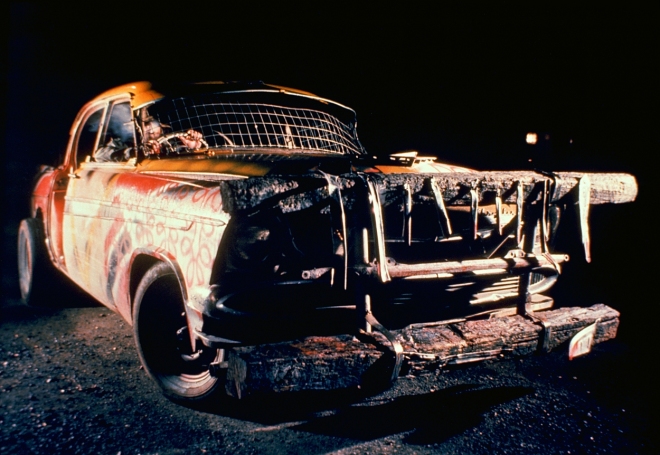 Unique in this group as it is set in the Australian countryside and not in the outback, Peter Weir’s The Cars That Ate Paris is nevertheless a deeply weird horror tale about an isolated wee village operating under its own unique rules. When meek Arthur (Terry Camilleri) survives the smash (“accident!”) that kills his brother George, he is taken in by the people of Paris, all of whom appearing to have some sort of role in the road deaths of the surrounding area. This is hinted at through the salvaging of auto parts for its economy, as well as the salvaging of survivors for unexplained medical experiments. Alongside this is an intergenerational war between the authorities and the young car fanatics, who modify their vehicles into grotesque harbingers of grisly death.

The best sequences in The Cars That Ate Paris are the ones that appear to presage Mad Max, but the rest of the movie is certainly unnerving thanks to its deeply strange characters. Simply put, Weir never emphasises just how bonkers the community of Paris is, and nor does he reveal their central ideology (and why on earth they keep so many psychologically damaged car crash victims hanging around). Merely, they’re a small community of people who, as with Wake in Fright, have become one or two steps removed from the norms of modern society (the sparse landscape of Australia can do that to a man). But that makes it ever more disquieting, as there’s plenty of real horror to be found in The Cars That Ate Paris, in the malevolent father figures that try to maintain order, or in the spike-armoured Volkswagens that rebel against the old rule, tearing the town’s very architecture to shreds (later jumping cinematic universes to return memorably in Mad Max: Fury Road). 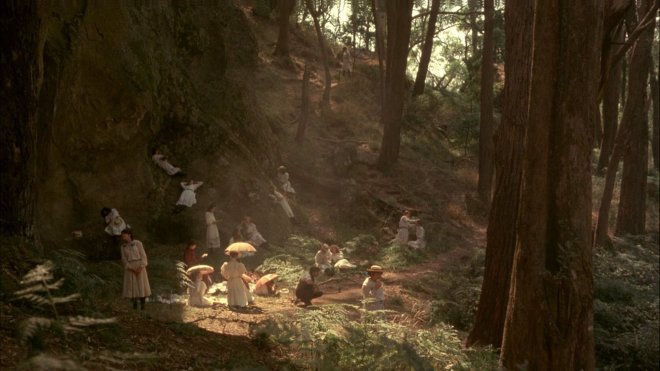 So by now it must be apparent that the main antagonist in Australian Gothic is not an embodied villain, but the very land upon which its tormented and exiled characters wander (although Wolf Creek would later visualise this with the terrifying Mick Taylor). Weir, retaining the Gothic aesthetic from The Cars That Ate Paris, adapts Joan Lindsey’s 1967 novel Picnic at Hanging Rock by removing most conventional horror tropes and concentrating almost exclusively upon the story’s atmosphere. It’s essentially a visualisation of an urban legend that has long been in dispute, and Weir works this to the movie’s advantage: with an ethereal tone from the outset, the director blows rationalism apart and mines terror by not providing answers, but by zoning in on the crevices in between them.

Following the unexplained (unexplainable?) St. Valentine’s Day disappearance of three pupils and a teacher from an all-girls boarding school in Victoria, Picnic explores the impact of the incident upon the members of the surrounding community. One such character is the  English ex-pat Michael (Dominic Guard), who becomes pathologically obsessed with the lost girls, and drives himself to madness in attempting to recover them on Hanging Rock. Another is the Welsh headmistress at the school, Mrs. Appleyard (Rachel Roberts), who embarks upon her own journey to the sublime as one by one, her students are withdrawn from the “accursed” school, thus triggering her alcoholism and the dwindling of her sanity.

With its assembly of psychologically damaged characters, Picnic is arguably the Short Cuts (1993) of Australian Gothic, albeit with several of its narratives taking place elsewhere; there is always the sense that the vanished girls are having their own struggle, possibly in some alternate plane of existence, one that Michael glimpses at as he loses consciousness at the tip of the rock. But as with Walkabout and Wake in Fright before it, much of the anxiety in Picnic at Hanging Rock is also found within the characters, most of whom are standing on the precipice of sexual discovery; in some weird way, this appears to be the closest thing to a clue in the case of the girls’ disappearances, but nothing is ever clear enough for this to be air tight. And that’s why it’s so unsettling.